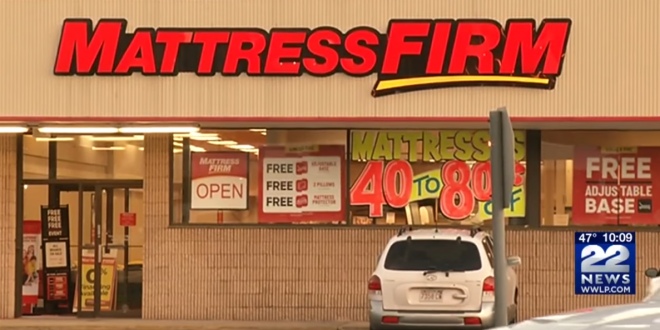 Mattress Firm, Inc., the nation’s largest mattress retailer, filed for bankruptcy protection on Friday, saying its rapid expansion of stores in recent years — with locations often very close to each other — resulted in “cannibalization” of sales.

The Houston-based company filed for Chapter 11 bankruptcy protection in federal court in Delaware, saying it plans to close up to 700 stores around the country as part of its reorganization plan to continue operating.

The company has more than 3,200 stores and more than 9,800 employees in the U.S. and in recent years had aggressively expanded its retail footprint. Mattress Firm’s parent company has been dealing with its own problems as its stock price has drastically tumbled after it reported accounting irregularities that are being investigated.

Previous Ingraham Guest Falls Out Of Chair While Toasting Kavanaugh Vote With Beer, Claims It Was Intentional
Next Banksy Piece Sells For $1.3M, Promptly Shreds Itself