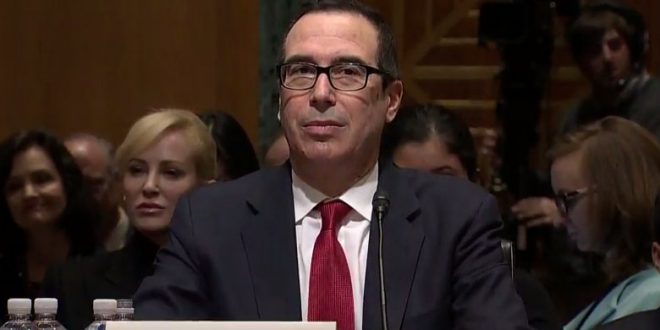 Treasury Secretary Steven Mnuchin said Friday that he still plans to attend a major investment conference in Saudi Arabia this month despite mounting evidence that Washington Post columnist Jamal Khashoggi was killed inside the Saudi consulate in Istanbul.

“We are concerned about what is the status of Mr. Khashoggi,” Mnuchin said during an interview on CNBC. “Although I haven’t had direct conversation with the Saudis, I know other people within the executive branch have, and those discussions are underway. I am planning on going at this point. If more information comes out and changes, we could look at that, but I am planning on going.”

A growing number of media companies, including CNN, have announced that they will no longer participate in the event scheduled to start Oct. 23 in Riyadh. Several business leaders, including Uber chief executive Dara Khosrowshahi, who announced his withdrawal on Friday, are also backing out.

An Indiana Republican is calling on Treasury Secretary Steve Mnuchin to withdraw his planned participation in Saudi Arabia’s upcoming Future Investment Initiative in Riyadh over the disappearance of Washington Post journalist Jamal Khashoggi.

Indiana Rep. Jim Banks (R) publicly called on Mnuchin to withdraw his plans to participate in the conference following remarks from the secretary to CNBC earlier in the day stating that he is “concerned about what is the status of Mr. Khashoggi” but still plans to attend.

As Rachel Maddow noted last night, Trump has had little to say about the apparent murder, possibly due to his extensive business ties with Saudi royals.

Secretary Mnuchin should cancel his travel to Saudi Arabia later this month until the world receives answers about what happened to journalist Jamal Khashoggi at the Saudi consulate in Istanbul. https://t.co/Yg7TGacEmn