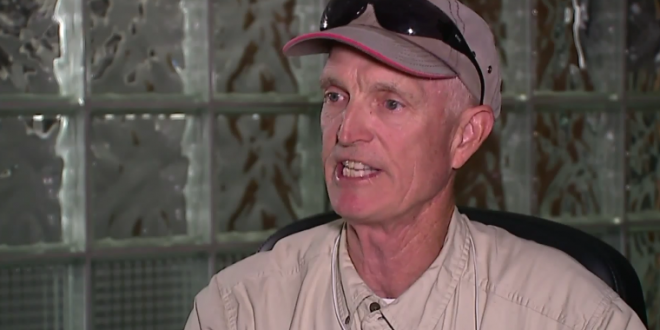 Emily West has a message for voters in Missouri House District 15. Don’t vote for her dad. “I can’t imagine him being in any level of government,” she told The Star on Monday.

Her dad is Steve West, 64, the Republican candidate for the Missouri General Assembly who made headlines after winning the GOP primary in August when word spread about his radio show and website through which he regularly espoused an array of bigotry including homophobia, anti-Semitism, Islamophobia and outright racism.

The elder West last appeared on JMG in August after declaring “Hitler was right” on his local radio show. And that was before he won his primary.

Previous Shunned By Shooting Victims’ Families And Politicians Of Both Parties, Trump Arrives In Pittsburgh To Protests
Next Kanye West Breaks From Trump World: I’ve Been Used