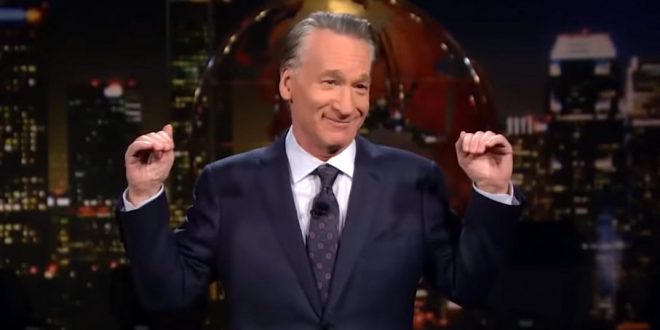 Last night on his HBO show Bill Maher read Trump’s tweet below and then said this:

“That sounds like he’s not condemning the bomber, it sounds to me like he’s partnering with him. What he is asking for the media to do is not criticize him. It all comes from this one trait of narcissism. This is a disease that we are not going to cure and as long as he has it, it’s not going to get better because the media’s job is to criticize him, especially now more than ever. So that’s going to keep going on and he’s going to keep interpreting that as ‘You’re being negative to me.'”

In his opening monologue, Maher also said this: “A bomber who also strips. Experts call this ‘peak Florida.'”

A very big part of the Anger we see today in our society is caused by the purposely false and inaccurate reporting of the Mainstream Media that I refer to as Fake News. It has gotten so bad and hateful that it is beyond description. Mainstream Media must clean up its act, FAST!

Previous ACLU Sues Kansas County For Voter Suppression After Elections Official Moves Polling Place With “LOL” Email
Next Trump Cultist: Obama And Hillary Sent The Bombs To Themselves To Bring People To Their Side [VIDEO]