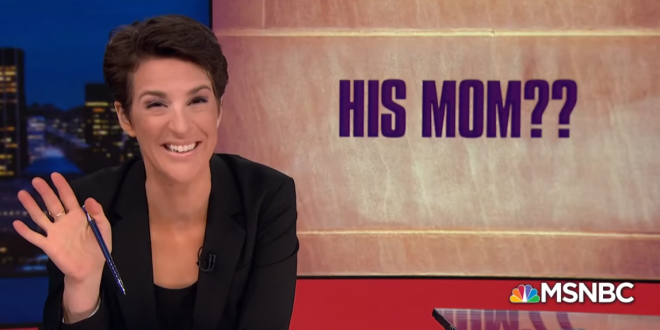 Maddow Tees Off On Plot To Frame Mueller [VIDEO]

Rachel Maddow has some fun last night with the insane plot to frame Robert Mueller for sexual assault. An excerpt:

When you look into the intelligence firm here, it appears that the managing partner from this intelligence firm is in fact that pro-Trump Twitter kid who has been saying this big scandal is about to break. The top image that is backlit on the Surefire Intelligence website is Matthew Cohen. That’s his LinkedIn picture.

The other pictures which match it exactly are this pro-Trump Twitter kid Jacob Wohl. It also appears that a number of people who supposedly work at this Surefire Intelligence agency are just fake head shots or stock photos or supermodels.

My favorite part of the story, it turns out when you call Surefire Intelligence, those calls go to a voicemail message that links to another phone number, and that phone number belongs to Jacob Wohl’s mom.

The story, of course, is far from over as nutjob Jack Burkman apparently still plans to hold his press conference unveiling the “victim” tomorrow. And surely there will be more developments regarding the involvement of the homocon fake news site Gateway Pundit.

Previous GEORGIA: Oprah To Campaign For Stacey Abrams
Next Jews For Jesus “Rabbi” That Opened Pence Event Had Been Stripped Of His Ordination 15 Years Ago For Libel