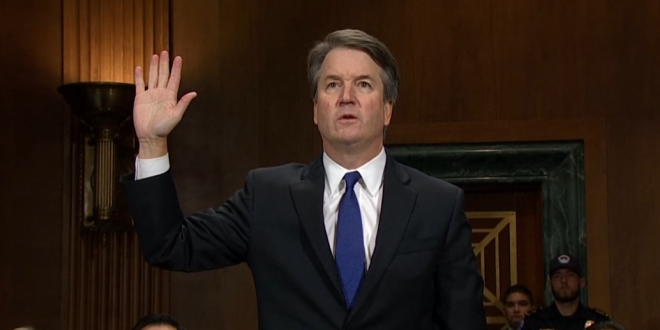 The Senate is poised to take a crucial vote Friday on whether to advance Brett Kavanaugh’s nomination to the Supreme Court as key Republican senators remain undecided amid allegations of sexual misconduct and intense protests that have divided the nation.

“I said a few things I should not have said,” he wrote in an op-ed published Thursday evening. But he said he remains the same “hardworking, even-keeled” person he has always been. “Going forward, you can count on me,” he wrote in The Wall Street Journal.

The op-ed, as well as a late boost from President Donald Trump at a campaign rally in Minnesota, appeared aimed at winning over the three wavering senators from the slim GOP majority — Susan Collins of Maine, Jeff Flake of Arizona and Lisa Murkowski of Alaska — and one Democrat, Sen. Joe Manchin of West Virginia, who has yet to announce his position.

#Senate in at 9:30 AM. At 10:30 AM the Senate will vote on the Motion to Invoke Cloture on Cal. #1127, Brett M. Kavanaugh, of Maryland, to be an Associate Justice of the Supreme Court of the United States.

Manchin update: still undecided (per Manchin, as he walked into the SCIF to review the FBI report again.)
“Probably undecided til I walk in the door” to vote at 10:30, he says.