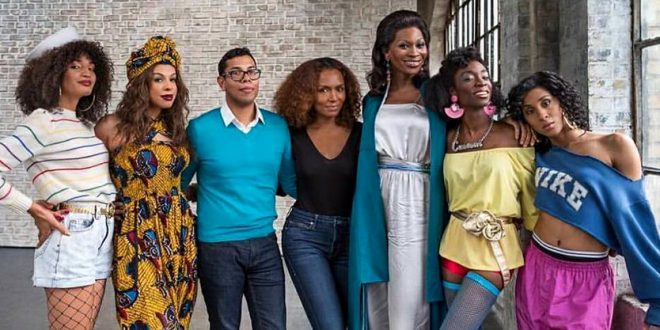 LGBT characters are at an all-time high on television, according to new findings. The annual Where We Are On TV report has found that 8.8% of regular characters expected to appear in the next year on US network television are LGBT, up from 6.4% the previous year, with 50% of them people of color. There was also an equal percentage of male and female characters, an improvement on last year.

Netflix was named as the streaming service with the highest number of LGBT characters, thanks to shows such as Orange is the New Black and Luke Cage. There was also special praise for Will & Grace, Supergirl, Empire and How to Get Away with Murder, which were all singled out for their inclusivity.

“With anti-LGBTQ policies being debated here and abroad, the stories and characters on television are more critical than ever before to build understanding and acceptance of LGBTQ people,” read a statement from Sarah Kate Ellis, Glaad’s CEO and president.

GLAAD’s “Where We Are on TV” report analyzes the diversity of prime-time scripted series-regular characters on the broadcast networks and measures the number of LGBTQ characters on scripted shows available on cable networks and streaming services. The latest report includes confirmed casting for all scripted programming airing between June 1, 2018, and May 31, 2019.

Across all TV platforms, the number of bisexual characters reached 117, up from 93 a year earlier. GLAAD counted 26 transgender characters, nine more than last year, and seven characters who are HIV-positive, up from two. More LGBTQ characters have assumed lead roles. The study cited CW’s “Charmed and ” Starz’s “Vida” along with two upcoming shows, CBS’s “The Red Line” and Netflix’s update of “Tales of the City.”