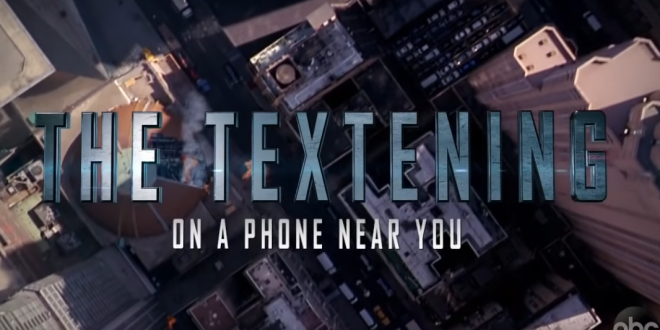 “What we do here in Hollywood when we have a bad idea? We make a major motion picture out of it,” Kimmel joked, before playing the trailer.

The film focuses on a family driving through a city, when the parents begin to receive alerts for what they assume are Trump’s tweets coming to their cell phones. But after remembering that they blocked Trump on Twitter, the true nature of the message dawns on them.

“This isn’t a tweet,” the man says in horror. “This is a text message.” The trailer takes a dark turn, with families running frantically out of their cars as the presidential alert system begins to take over their technology – one car’s GPS display alerts of “21 new messages from DONALD TRUMP.”