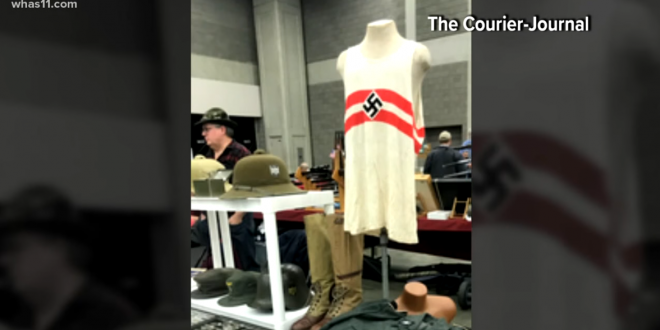 The Kentucky Expo Center said it will hold an “emergency meeting” to re-evaluate its policies after Nazi and KKK merchandise was sold at a recent event, prompting anger and outrage from Louisville residents.

“In light of the recent event at the Kentucky Exposition Center where Nazi and white supremacy items were discovered to be for sale, the chairman of the Kentucky State Fair Board will propose strengthening existing exhibitor policies at the next board meeting on Nov. 15,” said Cody Patterson, a spokesman for Kentucky Venues, which includes the expo center. The fair board was originally scheduled to meet after Thanksgiving.

The merchandise was sold by vendors at the National Gun Day’s annual firearm show this past weekend. The items included a white tank top with two red horizontal stripes and a patch on the chest featuring a black swastika; an authentic KKK robe used by the notorious white supremacy group; and holiday ornaments adorned with glittery swastikas.