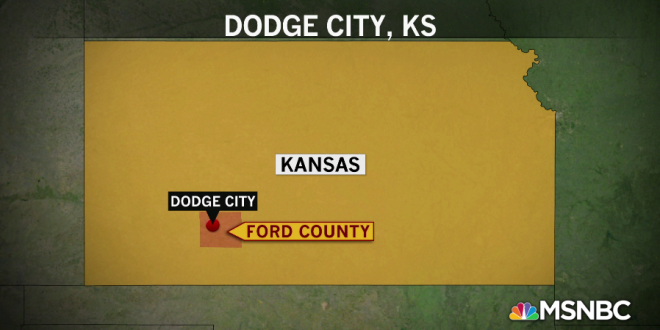 The American Civil Liberties Union sued a Kansas county election official in federal court Friday, alleging that her moving of Dodge City’s only polling location to a site half a mile outside of the city’s southern border creates a burden on the city’s majority Hispanic population.

Dodge City, located in southwest Kansas about 160 miles west of Wichita, only has one polling location for a population of 27,000. Ford County Clerk Deborah Cox moved it from the town’s civic center to an expo center that is only accessible by crossing a state highway, with no bus routes or sidewalks.

The ACLU filed an emergency motion for a temporary restraining order asking the federal court to order Cox reopen the civic center as a polling site, which was used as recently as this summer for the state primary elections.

After the ACLU objected to Dodge City’s single, out-of-town polling place, the local official in charge of elections forwarded to the state an ACLU letter asking her to publicize a voter help line. “LOL,” she wrote in an email to Kansas Secretary of State Kris Kobach’s office.

As Election Day approaches, concerns are being raised in Kansas over voting rights and access to the polls. The movement and elimination of some polling places is sparking fears that casting a ballot may be more difficult for some this year. Cox said she moved the polling location out of a concern for safety. And she said she didn’t mean anything when she wrote “LOL.”

“This was not done with any racial intention at all,” Cox said during an interview in her office on Gunsmoke Street downtown. On Friday, the ACLU sued Cox in an effort to open an additional voting site. The federal lawsuit seeks to force Cox to reopen the city’s previous polling site.

Previous Trump Junior Calls Dem Senator “A Piece Of Garbage” At Rally For Montana GOP Rep Who Assaulted Reporter
Next Maher: Trump Sounds Like He Partnered With Bomber