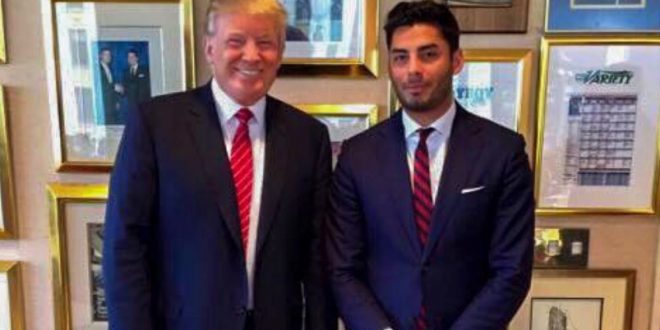 Junior Accuses Dem Of Link To “Radical Islamists,” Dem Fires Back With Photo Of Himself With Junior’s Daddy

A California Democrat hit back at President Trump’s eldest son on Thursday after Donald Trump Jr. accused the candidate of links to extremist groups through the Council on American-Islamic Relations (CAIR), a Muslim civil rights group.

Ammar Campa-Najjar, a Democrat running to replace Rep. Duncan Hunter (R-Calif.), tweeted a picture of himself meeting then-candidate Donald Trump in 2015, questioning Trump Jr. whether he could explain why his father was meeting with a so-called “terrorist sympathizer” if the allegations were true.

California leftists really outdoing themselves with the crazy these days.

Hey @DonaldJTrumpJr, before retweeting @BreitbartNews charged allegations — might want to check with POTUS.

I was given security clearance from the FBI in 2013 and met with @realDonaldTrump in 2015.

Do you think your father met with a terrorist sympathizer? Doubt it. pic.twitter.com/ItskH73ixM