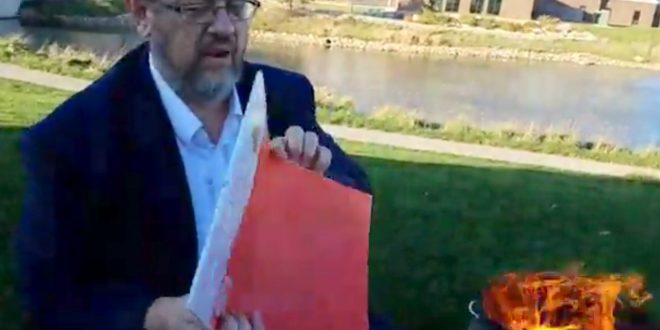 About an hour before the event, Paul Dorr started a live Facebook video, in which he stood near the Prairie Winds Event Center. The 27-minute video ends with Dorr throwing at least four books with LGBTQ themes that he claimed he rented from the public library into a burning trash can.

Dorr is the director of Rescue The Perishing, a religious group and website he calls a “crisis center and pro-life, pro-family movement.” The majority of the live video shows Dorr reading a blog post from the site titled “May God And The Homosexuals of OC Pride Please Forgive Us!”

The burning comes near the end of the clip.