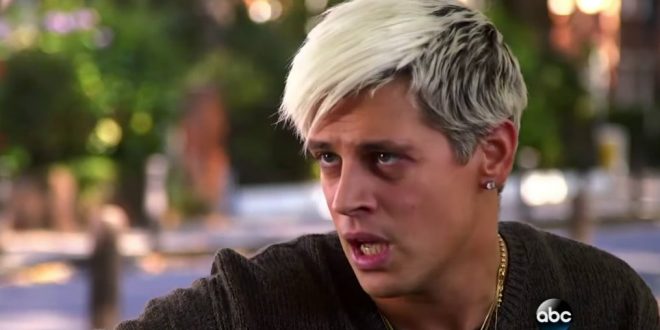 Instagram said it would not remove a post from right-wing figure Milo Yiannopoulos praising the recent mail bombs sent to prominent Democratic officials, even after the post was reported as hate speech.

On Thursday afternoon, Yiannopoulos posted a picture of himself with a caption that regretted that the bombs didn’t actually detonate. Yiannopoulos also told his 386,000 followers that he was upset that no mail bomb was sent to this publication, The Daily Beast.

UPDATE: Both posts have been removed. Self-deleted?

I WILL NEVER EVER EVER STOP MAKING JOKES ABOUT WHATEVER I WANT AND NO ONE WILL STOP ME AND I DO NOT CARE WHAT THE CONSEQUENCES ARE. BAN ME FROM EVERYTHING. YOU WILL NEVER SILENCE ME. YOU WILL NEVER CENSOR ME. PERIOD. Journalists have made it too dangerous for my me to go out for dinner with my husband, with the lies and name-calling they have been doing for YEARS to try to destroy me.

They have destroyed almost every conceivable source of income. They get me banned from every platform, every social network, every public space they can. I need private security whenever I appear outside. But they cry foul when I make an obvious joke — about a false flag designed to distract us from a Democrat-funded and organized illegal migrant caravan. They are scum and I will not mourn for them. 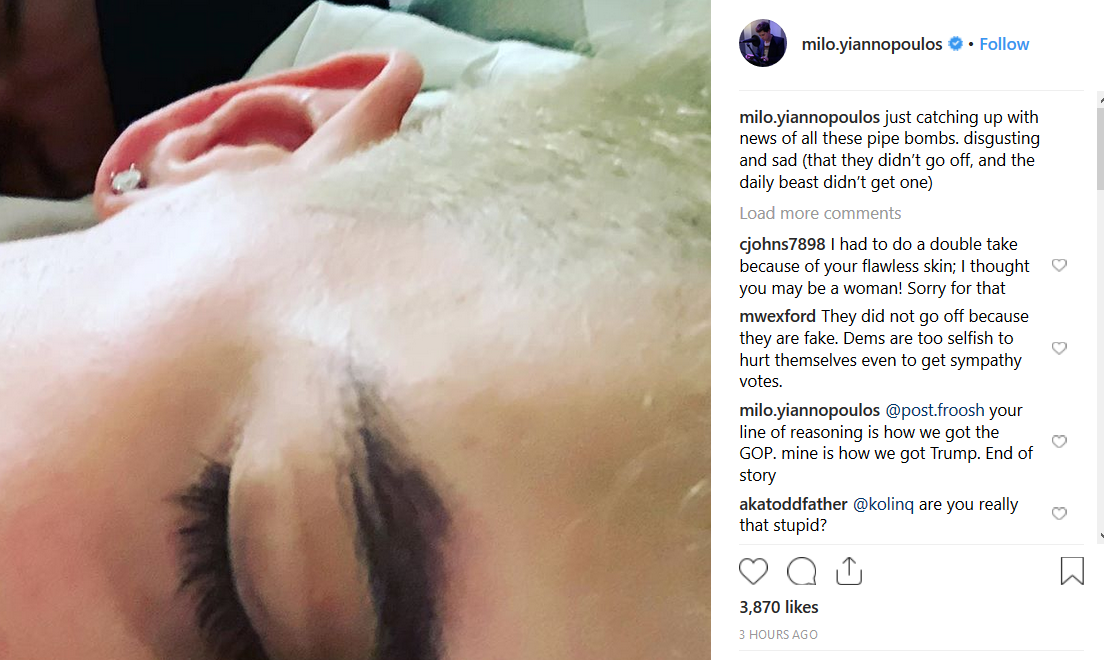 Previous Caitlyn Jenner: I Was Wrong To Support Trump
Next REPORT: Trump May Have Discussed Sensitive Intel With Hannity On Unsecured iPhone While Spies Listened