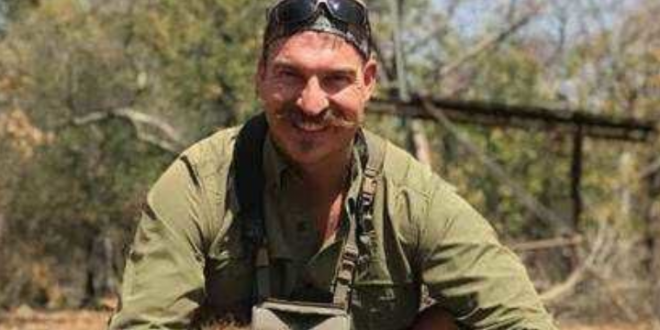 IDAHO: Wildlife Official Faces Resignation Calls For Boasting That He Killed An “Entire Family Of Baboons”

Do not scroll down if the photos will upset you.

Idaho Fish and Game Commissioner Blake Fischer shared photos of his guided hunting trip in Africa with friends and colleagues when he returned last month, expecting they’d appreciate his success. Instead, several former Fish and Game commissioners are pushing for his resignation — with a photo of a “family of baboons” that Fischer shot with a recurve bow prompting most of the outrage.

Fred Trevey, who was a Fish and Game commissioner from 2007 to 2015, wrote Fischer an email asking him to resign “to shield the commission as an institution and hunting as a legitimate tool of wildlife management from the harm that is sure to come.” Former commissioner Tony McDermott (2005-13) emailed a member of Gov. Butch Otter’s staff to say he and six other named former commissioners “agree with Fred Trevey’s approach to this potentially explosive issue.”

Fischer and his wife killed 14 animals on their trophy hunting trip, including a leopard and giraffe, as well as the family of baboons. Given that people within pro-hunting circles are disturbed by the killing of the baboon family, it is unsurprising that animal welfare groups are taking a strong stance against Fischer remaining in his role as commissioner, since he sees no problem with what he did.

Fischer is an appointee of the GOP governor, who is reportedly mulling a response. Watch the GMA video below.

Idaho Fish and Game Commissioner Blake Fisher facing calls to resign after sharing trophy photos from a recent hunting trip to Africa, including a family of baboons with a baby: https://t.co/0wZJnpowI9@paulafaris reports. pic.twitter.com/bGmssEOClW

Idaho Fish and Game Commissioner Blake Fischer went on a hunting trip to Africa – and came back bragging about killing an entire family of baboons. https://t.co/KCsmeENiKt

“Fischer emailed photos of himself posing with a dead baboon family – including a baby – as well as a giraffe, a leopard, and other animals he… https://t.co/eZIOfyJFoa

African leopard are endangered and this Idaho wildlife officer killed one on an African hunting safari pic.twitter.com/MOBmGKlqaw