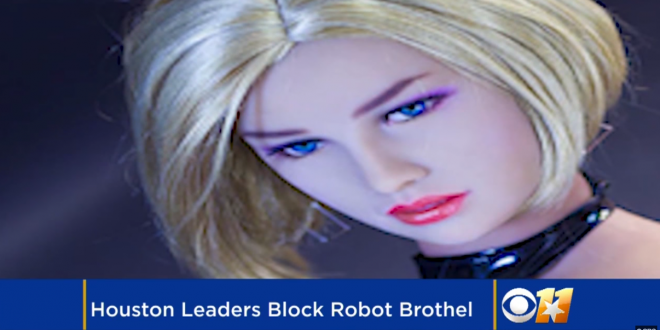 Houston City Council on Wednesday updated its rules on sexually oriented businesses, instituting changes that could bar plans for a store that allows customers to try out sex dolls on the premises from opening near the Galleria.

Toronto-based KinkySdollS had planned to open a Houston branch where it would sell “adult love dolls” constructed of synthetic skin and highly articulated skeletons. The company intended to sell the human-like dolls, and rent them out so customers could use them in private rooms at the location.

At Wednesday’s meeting, the council expanded its definition of an “arcade device” — which is used to view adult content — to include an “anthropomorphic device,” or one with human characteristics. The council also prohibited customers from using arcade devices on company premises, though it still allows companies to sell them.

From a petition against the business:

Robot brothels will just create an expansion of the already dehumanized act of sex buying. Sex robots will not decrease sex trafficking in Houston, it will only encourage more men to become sex buyers.

Multiple robot brothels around the world have been shut down because of the public health risk posed by the serial rental of sex robots. There is no proven safe way to handle the disinfection of the humanoids.