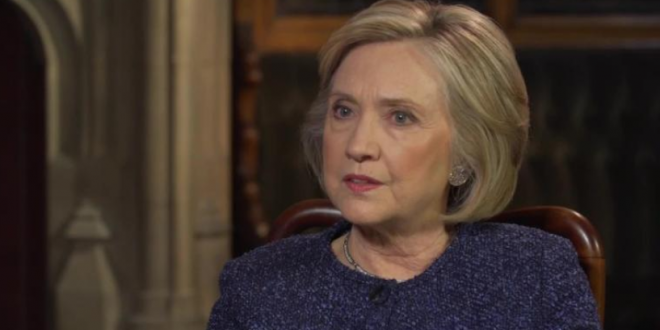 Hillary Clinton: You Can’t Be Civil With This GOP, We Can Be Civil Again After We Retake Congress [VIDEO]

“You cannot be civil with a political party that wants to destroy what you stand for, what you care about. That’s why I believe, if we are fortunate enough to win back the House and or the Senate, that’s when civility can start again. But until then, the only thing that the Republicans seem to recognize and respect is strength. I remember what they did to me for 25 years.

“The falsehoods, the lies, which unfortunately people believe because the Republicans have put a lot of time, money, and effort in promoting them. So when you’re dealing with an ideological party that is driven by the lust for power, that is funded by corporate interests who want a government that does its bidding, it’s — you can be civil, but you can’t overcome what they intend to do unless you win elections.” – Hillary Clinton, in an interview with CNN.

“You cannot be civil with a political party that wants to destroy what you stand for,” Hillary Clinton tells CNN’s @camanpour pic.twitter.com/ZEy04xsJ8e

Previous Google Withdraws From Pentagon Cloud Bid Over Concerns It Could Be Used To Violate Human Rights
Next Payback For Neo-Nazi Robocaller: Accordion Clowns