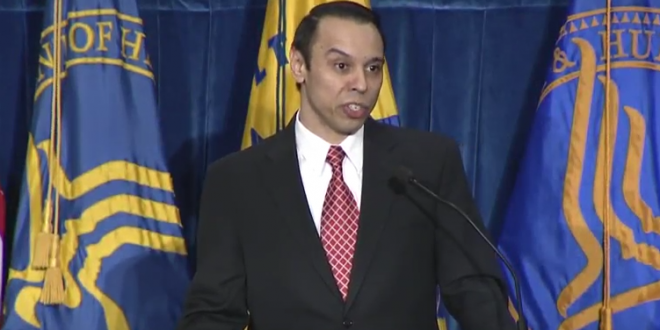 The push by the Department of Health and Human Services to impose a trans-denying definition of “sex” onto federal civil rights law “would essentially eradicate federal recognition” of an estimated 1.4 million transgender Americans, according to the Times story.

The effort is being led by Roger Severino, who has taken the anti-LGBT agenda of his former employer, the Heritage Foundation, into the Trump administration as director of the civil rights division at HHS. When he was named to that position, a dozen U.S. senators objected, citing Severino’s “long history of making bigoted statements toward lesbian, gay, bisexual, and transgender people and attacking women’s access to health care services and reproductive rights.”

One of Severino’s former colleagues at the Heritage Foundation, Ryan Anderson, is at the forefront of the Religious Right’s anti-trans crusade. Anderson’s latest book is “When Harry Became Sally: Responding to the Transgender Moment.” Anderson argues that gender cannot be severed from biological sex, and that “taking our sexual embodiment seriously in public policy is not discriminatory.”

That language is strikingly similar to Anderson’s approach to sexual orientation, suggesting that if Religious Right activists in the Trump administration are successful in wiping out legal recognition based on gender identity, they may be willing to try the same with regard to sexual orientation.

Hit the link and read the full article.