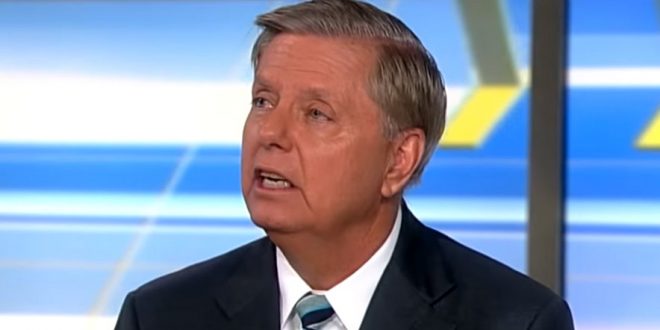 Graham: I Once Thought Trump Would Pick Judge Judy

“I’m always intrigued by the desire to figure out why somebody acts the way they do in public life,” Graham said, leaning back in his chair behind a large desk that made him look even smaller than his 5-foot-7 frame.

Graham had just returned from reading the FBI’s written report on Kavanaugh. He’d holed himself up in a secure location with other senators and afterward said the account in the report made him as confident as ever that Kavanaugh should be confirmed.

He didn’t want to say he felt vindicated, but there was a lightness to him. After all, he had recommended Kavanaugh to Trump. “And I’m glad he picked him,” Graham said. “I swear to God, there was a time I thought he would pick Judge Judy.”