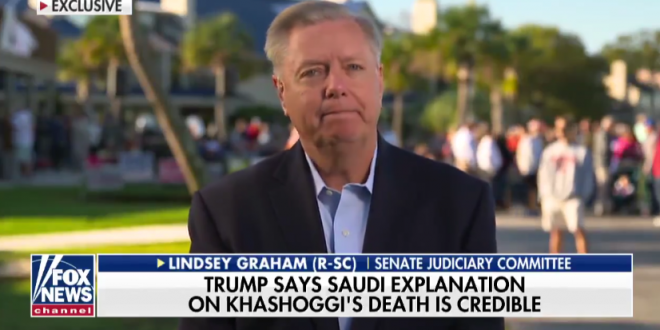 Graham: I Feel Used By The Saudi Prince [VIDEO]

Sen. Lindsey Graham (R-SC) doubled down on his condemnation of Saudi Prince Mohammed bin Salman Sunday, recalling his past admiration for the leader by whom he now feels played in light of the killing of Jamal Khashoggi.

“MBS talks about reforming the country in a way that I liked,” Graham told Fox News’ Maria Bartiromo. “I never felt more used in my life. I introduced him when he was in Washington.”

“I find it impossible to believe that the crown prince was not involved, so go after him and his inner circle,” he suggested. “Save the alliance. I don’t mind military sales but I cannot do business with the current leadership. MBS — he’s done to me.”