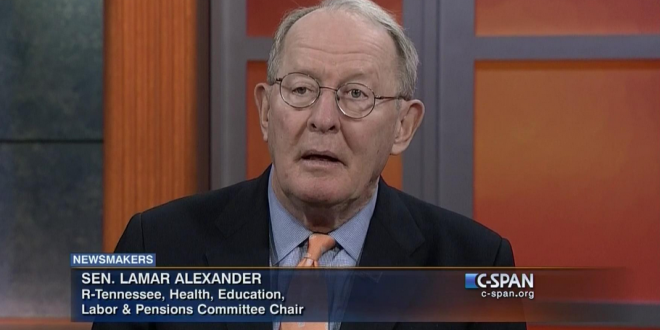 Senate Democrats fell one vote short Wednesday in a bid to overturn the Trump administration’s expansion of short-term health insurance plans that do not have to cover preexisting conditions and certain kinds of health care that the Affordable Care Act requires.

By forcing a vote on what they term “junk” plans, however, Democrats managed to put a spotlight on a key issue they argue will cut their way in next month’s midterm elections, where control of both the House and the Senate are in play.

Sen. Susan Collins (R-Maine) joined with Democrats in supporting the resolution, which was opposed by the chamber’s other 50 Republicans. To succeed, Democrats would have needed to lure the votes of at least two Republican senators in a chamber where the GOP has a 51-to-49 majority.

Sen. Lamar Alexander (R-Tenn.), the chairman of the Senate Health Committee, forcefully pushed back, saying short-term plans provide a cheaper option than ObamaCare and if people want full ObamaCare plans with all the protections, they can still have them.

With short-term plans, Alexander said the message is “you can pay less with less coverage and at least you will have some insurance.” “But our Democratic friends will say, ‘Oh no, we don’t want to do anything that will lower the cost of insurance,’” Alexander added.

.@SenatorCollins was the only Republican to vote for it. She told reporters after the vote: “We have an affordability problem, but I don’t think the answer is to wipe out consumer protections for ppl with preexisting conditions.” https://t.co/OtCTkIuRkE

Quick fact-check: The president has championed 1) House and Senate legislation that’d chip away at preexisting condition protections, 2) a pending lawsuit that’d wipe out the ACA in its entirety, and 3) new regs to expand short-term plans that don’t have to abide by pre-ex rules. pic.twitter.com/dB1ySRO5xu

BREAKING: The GOP just voted down a Democratic bill to reverse Trump’s attack on pre-existing condition protections. Just before the midterms.

Previous REPORT: Trump Pressured Japanese PM To Approve Casino Project By GOP Megadonor Sheldon Adelson
Next US Sold $56B In Weapons To Foreign Countries In FY18