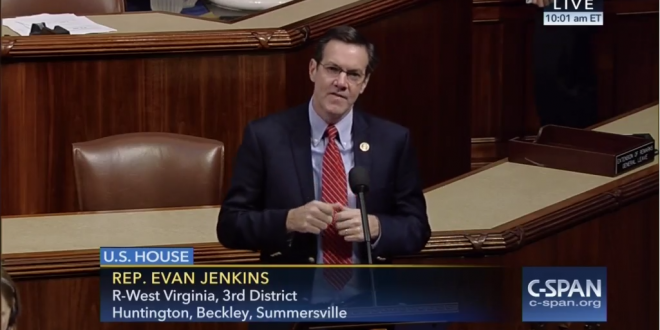 U.S. Rep. Evan Jenkins will be sworn-in as a temporary justice on the Mountain State’s highest court in the East Wing of the capitol.

Jenkins effectively resigned from the U.S. House of Representatives Sunday after representing West Virginia in Washington, D.C., for almost four years. That congressional seat will remain vacant until January, when one of the candidates for his seat — either state Sen. Richard Ojeda, D-Logan, or state Delegate Carol Miller, R-Cabell — is elected to take his place.

In August, the West Virginia House voted to impeach the entire state Supreme Court for corruption.

Jenkins last appeared in JMG in May when he photoshopped Trump out of a photo with Hillary Clinton and inserted his GOP opponent in the US Senate primary. Previous WH Authorizes FBI To Expand Kavanaugh Investigation
Next Brian Brown Brags About Exporting Anti-LGBT Hate: Nothing Wrong With It, I’ve Been To Over 40 Countries