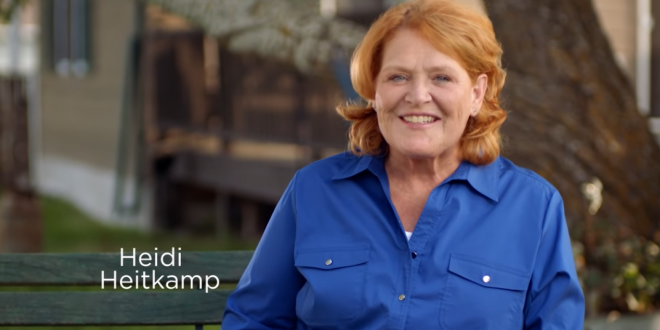 North Dakota Sen. Heidi Heitkamp (D), in a tough reelection race in her deep-red state, announced today that she would vote against Judge Brett M. Kavanaugh’s nomination to the Supreme Court. She told local TV station WDAY that “the process was bad” and she’d be voting no. The reaction on Twitter and social media ranged from surprised to stunned: But he’s going to be confirmed anyway! Doesn’t she realize conservatives back home will be mad?

The seeming inability of many in the media to consider that, for her, there might be something more important than an immediate political pay-off was a telling sign of the cynicism that permeates much of the coverage of Washington. Bad and cowardly behavior gets written off as “par for the course.” Politicians are expected to do what is necessary weeks before an election to save themselves.

The National Republican Senatorial Committee has canceled some of its advertising buys in North Dakota, a sign of confidence that Rep. Kevin Cramer (R) has pulled sufficiently ahead of Sen. Heidi Heitkamp (D). The committee canceled about $87,000 in advertising reservations that had been planned for cable networks in Fargo and Bismarck, according to a source familiar with the advertising market. A Fox News poll released on Wednesday showed Cramer holding a 53 percent to 41 percent lead, similar to an NBC Valley News poll conducted the week prior.