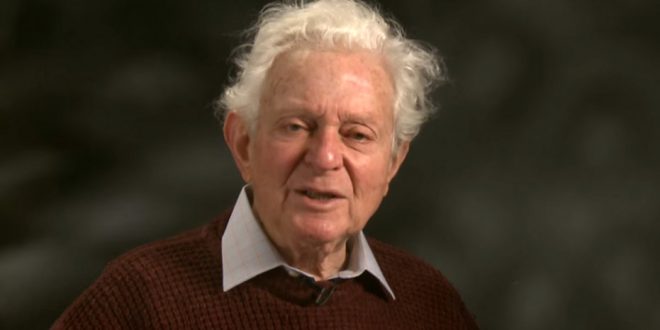 Leon Lederman, an experimental physicist who won a Nobel Prize in physics for his work on subatomic particles and coined the phrase “God particle,” died Wednesday at 96.

Lederman directed the Fermi National Accelerator Laboratory near Chicago from 1978 to 1989. He’s described as a giant in his field who also had a passion for sharing science, resulting in his book, “The God Particle.”

The title refers to a subatomic particle called the Higgs boson, long theorized until a powerful European particle collider confirmed its existence. His Nobel Prize sold for $765,000 in an auction in 2015 to help pay for medical bills.

Lederman was awarded the #NobelPrize in Physics in 1988 after managing to create a beam of neutrinos using a high-energy accelerator and proving the existence of a new type of neutrino, the muon neutrino. pic.twitter.com/yiCw53Cy30

Leon Lederman, an experimental physicist who studied subatomic particles, has died at 96 after selling his Nobel Prize for $765,000 at an auction to help pay medical bills. https://t.co/WOZfqlPgjh

Sold his Nobel Prize to pay medical bills? Leon Lederman must be American.

A Nobel Prize winning physicist, Leon Lederman, selling his @NobelPrize to pay for medical bills should be a national disgrace. @Fermilab https://t.co/wMaMTfQaFr