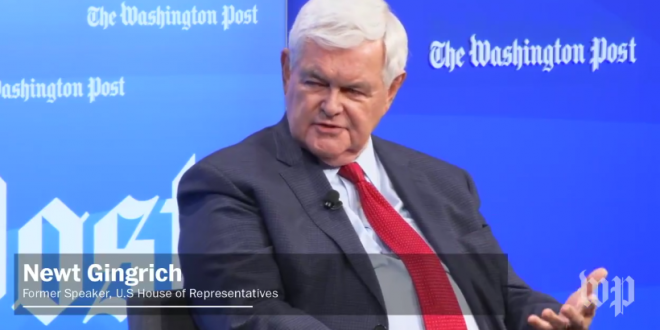 Former House Speaker Newt Gingrich (R-Ga.) said Thursday that he believes the odds are “two out of three” that House Minority Leader Nancy Pelosi (D-Calif.) will become Speaker following November’s midterm elections, despite some opposition from within her own party.

“I would say, first of all ,Nancy Pelosi is a very smart, very tough person who has earned her position by just brute hard work, by applying her intelligence and by applying a network that has sustained her for a long time,” Gingrich said during a Washington Post Live event.

“Anybody who thinks they’re going to outmaneuver her is up against somebody who has spent literally her lifetime… she’s been in this business forever,” he added.