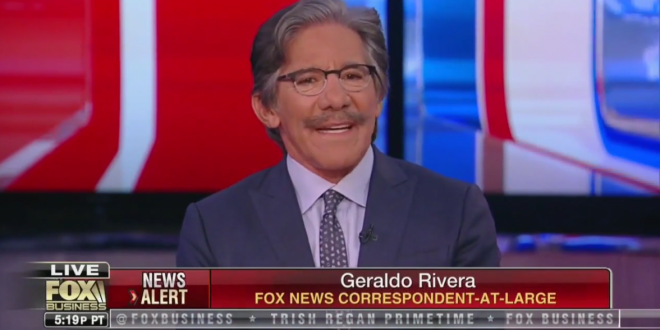 Geraldo: The Bombs Are An “Elaborate Hoax” [VIDEO]

“At the risk of sounding like a far right wing lunatic, I have to say that I believe that this whole thing was an elaborate hoax. I believe that those bombs were never intended to explode. I think those bombs were intended to further divide the American people. Maybe it was a wretchedly incompetent bomber who didn’t know how to make a bomb, that never studied the Internet, someone who wanted to embarrass President Trump, somebody who wanted to affect American political life. It could have been a Russian invention.” – Geraldo Rivera, speaking last night on Fox.