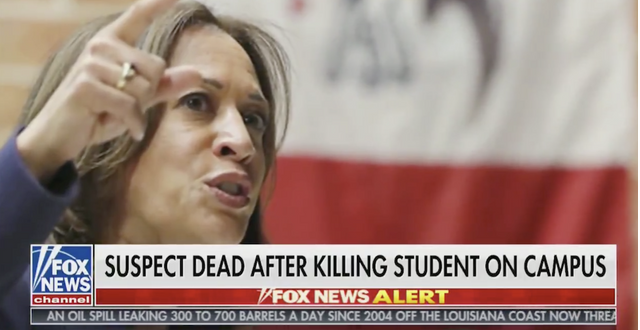 Fox News apologized on Tuesday morning after it cut to photos of Sen. Kamala Harris (D- Calif.) during a segment on a registered sex offender believed to have shot and killed a University of Utah student. Fox cut to the photos of Harris instead of a mugshot of the 37-year-old suspect, Melvin Rowland, in its initial segment on the story. It later corrected the video and apologized for the error.

Fox News “accidentally” shows footage of @KamalaHarris instead of a perpetrators mugshot because there is no bottom. https://t.co/IhqSCzyUK0