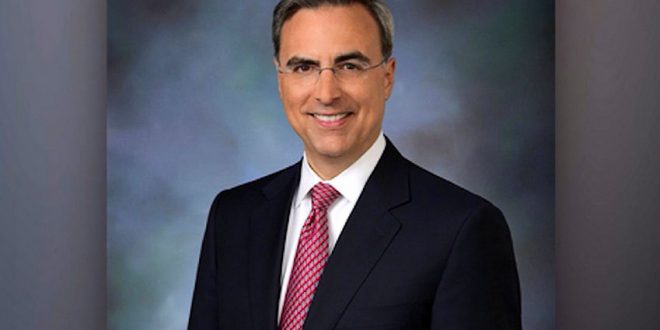 President Trump is expected to name conservative Catholic activist and longtime Washington commercial lawyer Pat Cipollone as his next White House Counsel to replace Donald McGahn, according to a person directly involved in the decision.

Cipollone, who practices commercial litigation at Stein Mitchell Cipollone Beato & Missner, is a well liked and respected among Trump’s personal lawyers and had been informally advising them on the special counsel probe into Russian interference in the 2016 elections since at least June.

The White House is bracing for a withering investigative assault from Congress if Democrats take control of the House of Representatives after the midterm elections. The White House Counsel’s Office will be the key manager and defender of the administration in the expected flood of congressional investigations and subpoenas.

From his law firm’s bio:

Mr. Cipollone also has substantial expertise in defamation counseling and litigation on behalf of corporations, organizations and public figures, including prepublication negotiations and/or litigation with major media organizations. Prior to joining Stein Mitchell as a name partner, Mr. Cipollone was a litigation partner for over a decade in the Washington, D.C. office of Kirkland & Ellis.