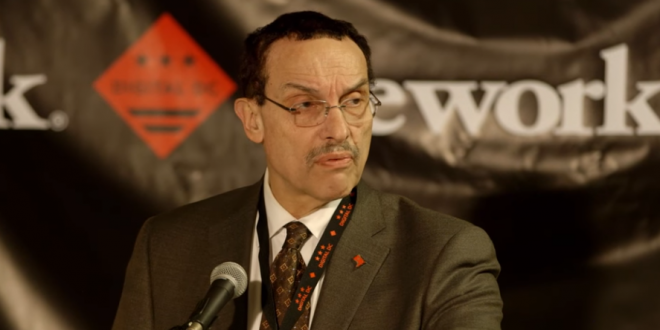 D.C. Council member Vincent Gray, a former mayor of the city, says he was injured when a bouncer at a nightclub pushed him on Saturday, causing him to fall. Gray told police an employee pushed him at the DC Eagle on Benning Road NE, leaving him with injuries. The Metropolitan Police Department classified the report as assault.

Management said in a statement that Gray refused to provide proper identification and was told to wait outside. Sheila Bunn, Gray’s chief of staff, said the Council member went to the DC Eagle about 9:30 p.m. Saturday as part of the city’s Art All Night event.

Gray went to the 6th District Police Station and made a formal statement. It is still unclear if Gray will press charges for assault.

DC Eagle managers released a statement to FOX 5 via email on Sunday: “Councilmember Gray did attempt to enter the DC Eagle last night, but refused to provide proper identification to our door staff after being asked for it several times, as required by DC law. He asked to see an owner and was told he would have to wait outside.”

Advisers to Gray said a dispute began around 9 p.m. over acceptance of his council identification card at the D.C. Eagle club in the Democrat’s Ward 7 district. According to Gray’s chief of staff, a bouncer wouldn’t accept the card which shows no date of birth.

Gray, 75, asked to speak to a manager and the bouncer came from behind the counter and shoved the lawmaker out of the door, said Sheila Bunn, Gray’s chief of staff. She said Gray was at the club for his third stop during Art All Night, a citywide arts festival at local businesses.

“He wasn’t going to party or drink or anything like that,” Bunn said. “This is a government-sponsored event, it was open to the public, he showed his council ID and he wasn’t belligerent about it.”

Gray was elected DC mayor in 2010 but lost to current Mayor Muriel Bowser in 2014 after a prolonged campaign finance scandal. Gray was an early supporter of same-sex marriage and officiated his first ceremony as mayor in 2013. In 2014 he signed one of the nation’s first bans on ex-gay torture. (Tipped by JMG reader Mike)

Previous Brian Brown Brags About Exporting Anti-LGBT Hate: Nothing Wrong With It, I’ve Been To Over 40 Countries
Next Damage Control: White House Issues Statements By Kavanaugh Pals Saying They Never Saw Him Black Out