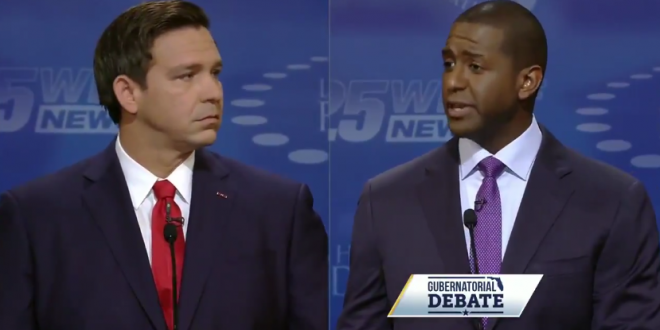 The White House is planning a political rescue mission in Florida, fearing a wipeout in a key swing state next month that could damage President Donald Trump’s reelection hopes. Trump is expected to visit the state at least twice, according to two people familiar with the plans. Visits from several Cabinet members are likely, as well. Presidential text messages are being sent to Floridians who still haven’t cast their absentee ballots. And discussions are underway about blanketing the state with robocalls from Trump.

Behind the scenes, Trump aides have been in contact with top Florida Republicans on a near daily basis, and people close to the president concede that they are worried. It’s the governor’s race that most concerns the White House. Governors traditionally play a key role in raising money, hiring staff and marshaling resources ahead of presidential elections. So aides fear that a loss could undermine their efforts to capture the state’s all-important 29 electoral votes in 2020.

Previous Geraldo: The Bombs Are An “Elaborate Hoax” [VIDEO]
Next TEXAS: Beto O’Rourke Down Six Points In Latest Poll