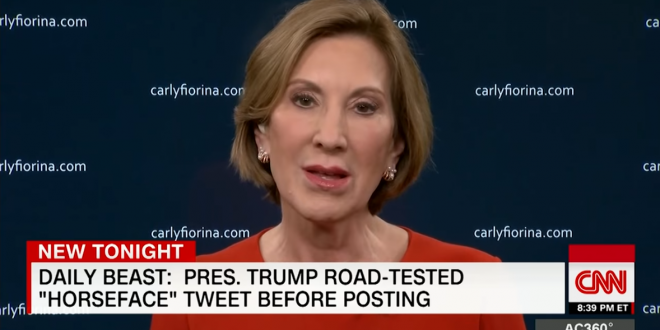 “I think the habit of insulting one’s political enemies is unfortunately long standing in this country, and he has brought it to a new low ― a fine art,” Fiorina told CNN’s Anderson Cooper.

“There’s no question that in politics personal insults work and they rile people up,” Fiorina said, adding that she thinks the insult “diminishes” the Oval Office. “I think it’s beneath him, and I think it diminishes all women ― but it works,” the former Republican presidential candidate said.

Fiorina herself faced Trump’s abuse over her appearance when he told Rolling Stone, “Look at that face. Would anyone vote for that? Can you imagine that, the face of our next president?”