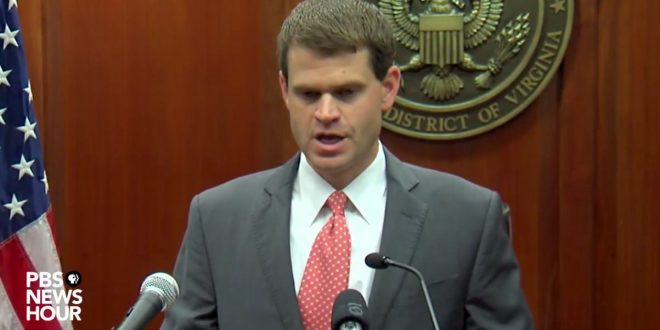 Four men linked to a white supremacist group were arrested on Tuesday in connection with the white nationalist rally that turned deadly in Charlottesville, Virginia, last year, authorities said. They were arrested in California and were to be transported to Charlottesville after making initial appearances in federal courts in California on Tuesday, U.S. Attorney Thomas Cullen said at a news conference.

U.S. Justice Department officials said the men had traveled from California to incite a riot and bring violence to the August 2017 rally in the Virginia college town. They said the men were part of an organized, militant white supremacist group, named in the criminal complaint as the “Rise Above Movement.” Each man faces 10 years in prison if found guilty, according to authorities.

The crying Nazi is crying again.

The live-stream below just concluded. Rewind to watch.

Previous EPA Says A Little Radiation Damage Is Good For You
Next Mitch McConnell: FBI’s Report Won’t Be Made Public