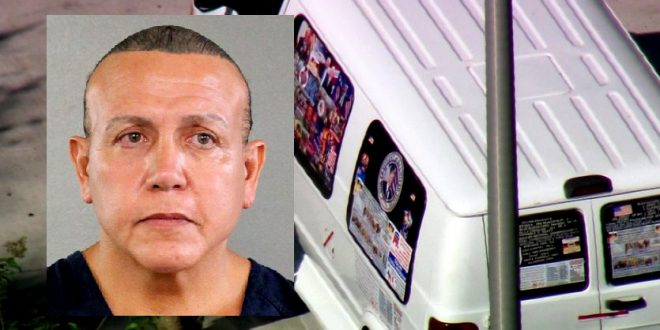 A Florida resident was identified Friday as the suspect who sent a dozen pipe bomb packages to prominent critics of President Donald Trump, several law enforcement officials said. DNA evidence played a role in the arrest of Cesar Sayoc, Jr., 56, the officials said. Officials seized his white van, which had pictures of Trump and the presidential seal plastered to a window.

Although no formal charges have been filed yet, two of the law enforcement officials said there was a high likelihood that Mr. Sayoc would be prosecuted at least in part in Federal District Court in Manhattan. The F.B.I.’s New York office has been leading the investigation and five of the bombs sent this week fall under the jurisdiction of the United States attorney’s office in Manhattan.

FLASH: Cesar Sayoc, 56, pictured in this booking photo from an arrest, via @browardsheriff pic.twitter.com/zUSXxPlOyZ