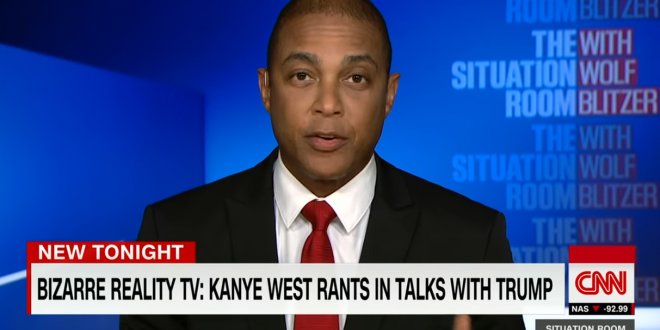 Don Lemon was so fired up about Kanye West’s Oval Office performance, he couldn’t wait until his primetime show to talk about it.

“Listen, I have no animosity for Kanye West,” Lemon told CNN’s Wolf Blitzer on Thursday evening. “I’m just going to be honest and I may get in a lot of trouble for it. I actually feel bad for him. What I saw was a minstrel show today.

As you might expect, some right wing sites are calling for Lemon to be fired and his name is still trending on Twitter this morning.