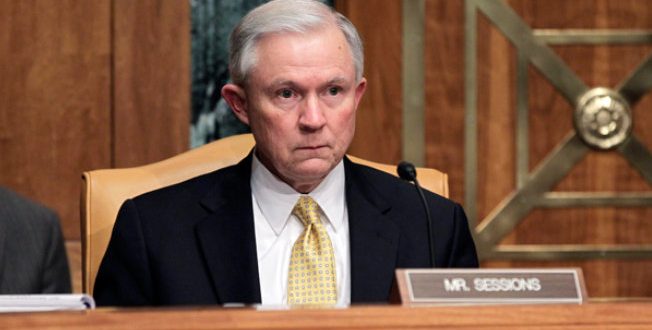 The Trump administration said Sunday it will sue California in an effort to block what some experts have described as the toughest net neutrality law ever enacted in the United States, setting up a high-stakes legal showdown over the future of the Internet.

California on Sunday became the largest state to adopt its own rules requiring Internet providers like AT&T, Comcast and Verizon to treat all web traffic equally. Golden State legislators took the step of writing their law after the Federal Communications Commission scrapped nationwide protections last year, citing the regulatory burdens they had caused for the telecom industry.

Mere hours after California’s proposal became law, however, senior Justice Department officials told The Washington Post they would take the state to court on grounds that the federal government, not state leaders, has the exclusive power to regulate net neutrality.

California isn’t the only state that’s attempting to restore net neutrality. The National Conference of State Legislatures reports that as of August 27th, legislators from 30 states have introduced over 72 bills around various net neutrality principles. Governors in six states have signed executive orders, and Oregon, Vermont, and Washington have already adopted their own net neutrality rules following the FCC’s reversal.

“The Justice Department should not have to spend valuable time and resources to file this suit today, but we have a duty to defend the prerogatives of the federal government and protect our Constitutional order,” Attorney General Jeff Sessions said in a statement.

Federal Communications Commission Chairman Ajit Pai voiced support for the federal lawsuit in a statement. Identifying the internet as a interstate information service, he said only the federal government can set policy for it.

In January, California Attorney General Xavier Becerra pushed back against the FCC’s repeal of net neutrality, along with 21 other states. The California legislature moved the bill to the governor’s desk on Sept. 11.