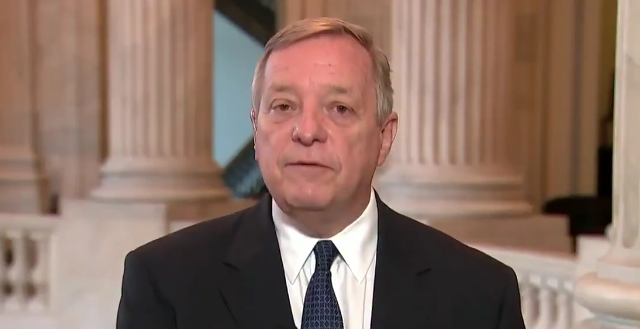 Dem Senator Says GOP Is Restricting Viewing Report On Kavanaugh: Only One Copy, One Hour To See It

Senate Democratic Whip Dick Durbin (Ill.), a member of the Judiciary Committee, said that preparations are being made to review the report on Thursday. Republicans are putting strict limits on the viewing.

Only one copy is being made available to senators, and each party will take turns viewing it in one-hour increments, Durbin said.

“Get this — one copy! For the United States Senate,” he said. “That’s what we were told. And we were also that we would be given one hour for the Dems, one hour for the Republicans. Alternating. We tried to reserve some time to read it. That is ridiculous,” he said. “One copy?!”