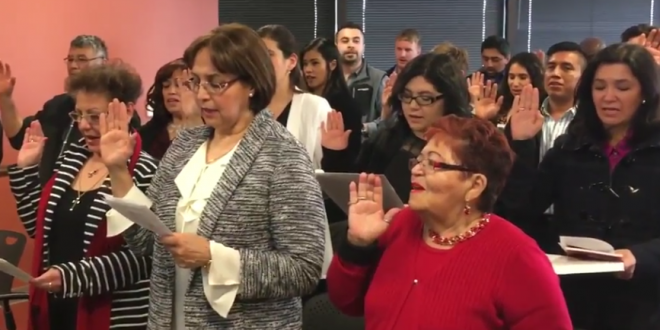 Court Upholds “So Help Me God” In Citizenship Oath

A French atheist living in Massachusetts lost her court battle Friday to strike the phrase “so help me God” from the U.S. citizenship oath. Granting the government summary judgment, U.S. District Judge William Young found that nothing about how the oath is administered, or how it burdens challenger Olga Paul Perrier-Bilbo, amounts to a constitutional violation.

Though U.S. Customs and Immigration Services offered Perrier-Bilbo two alternatives: to either omit the nonsecular phrase in a private ceremony, or to join other new citizens in saying the full oath, but opting to stay silent as everyone else recites the words “so help me God.”

“Perrier-Bilbo will have none of it,” Judge Young wrote. “Evidently, she seeks a ceremony where neither the official administering the oath nor the new citizens will conclude by uttering the phrase ‘so help me God.’”

Previous Carlson: Allegations Against Kavanaugh Are Racist
Next Linsdey Graham: If Kavanaugh Is Voted Down, Trump Should Renominate Him After The Midterms [VIDEO]