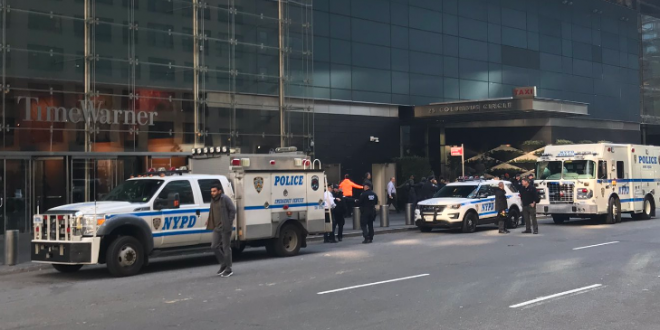 CNN just reported that they have switched broadcasting to their DC offices after being forced to evacuate Manhattan’s Time Warner Center due to a suspicious package reportedly found in their mail room. Law enforcement is on the scene and CNN staffers are weighing in on-air from the street on their cell phones. Story developing…

Here's the moment CNN had to handoff to DC and evacuate Time Warner Center in New York pic.twitter.com/TUtnWrss9z

Everyone at CNN NY being evacuated. Swarms of NYPD outside — I wasn’t allowed to grab a coat or any of my belongings — told to immediately go to staircase pic.twitter.com/rtcAoKS6y9