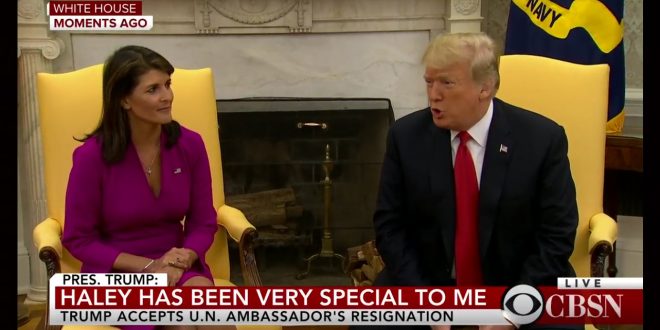 President Trump has accepted Nikki Haley’s resignation as UN Ambassador, according to two sources briefed on their conversation. The timing of her departure is still unclear.

What we’re hearing: Haley discussed her resignation with Trump last week when she visited him at the White House, these sources said. Her news shocked a number of senior foreign policy officials in the Trump administration.

Big announcement with my friend Ambassador Nikki Haley in the Oval Office at 10:30am.