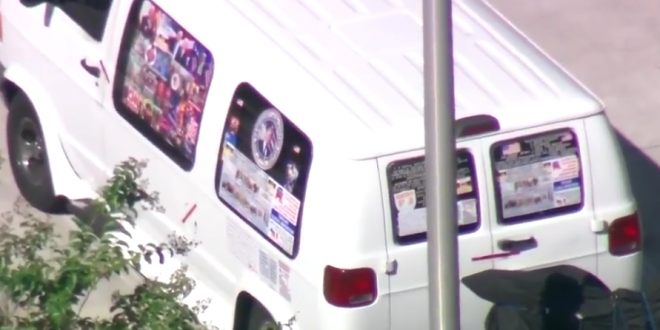 Federal authorities have arrested a man in connection to the suspected explosive packages discovered this week, multiple law enforcement sources tell CNN. Trump was being briefed on the latest developments Friday morning, White House press secretary Sarah Sanders said. As the situation unfolded, the President tweeted about illegal immigration, a key campaign issue he’s highlighted ahead of the midterm elections.

BREAKING: Senior law enforcement official tells @thedailybeast authorities in Florida have made an arrest in connection with pipe bombs. Authorities were monitoring the suspect’s cell phone this morning outside Miami. https://t.co/GTPGTK0stz

JUST IN: Justice Department planning 2:30pmET news conference on arrest of person in connection with mail bombs. This will happen during #KOMOnews at 11:00… We will carry it live. https://t.co/ejW5jxrUM4

#BREAKING Video: @JeffPeguesCBS reports that the man was arrested at or near a Planation, FL AutoZone following “some sort of confrontation when the arrest was made” of the suspect #mailbombs pic.twitter.com/eEaYEtGtMR

A police source said the federal investigation tracked a suspect to Plantation, near Broward Boulevard and State Road 441. The U.S. Department of Justice said one man was in custody and a press conference will be held at 2:30 p.m. Friday.

FBI agents and other law enforcement officers were examining a white van in a commercial parking lot, covered with pro-Trump stickers. The investigation had shifted to South Florida Thursday and Friday, as the number of bombs reached 12.