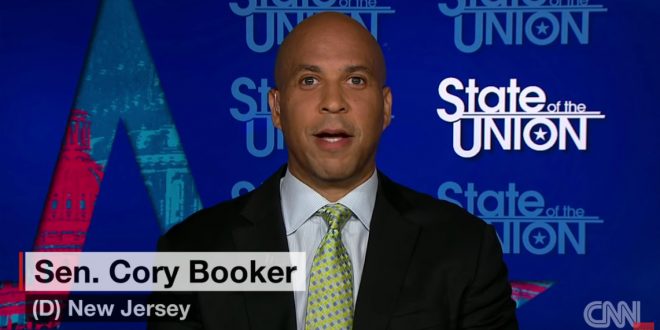 Just hours after casting a vote in one of the most contentious Supreme Court confirmation battles in history, Cory Booker stepped on stage in a packed Iowa conference hall and unofficially launched his 2020 campaign.

Speaking before 1,500 energized Democrats at the party’s premier Fall Gala event, the New Jersey senator acknowledged their likely feelings of defeat and anger after the confirmation of Brett Kavanaugh earlier that day. He then delved into race struggles, poverty, his own personal political defeats and finding faith, despite it all.

If other top-tier potential contenders weren’t rethinking their decision to avoid Iowa this far in advance of 2020, they might be now. Booker had the room silently mesmerized at some points and won roaring standing ovations at others.

Previous Trump Urges Cops To Employ “Stop And Frisk” [VIDEO]
Next Ford Announces Layoffs, Tariffs Have Cost Them $1B