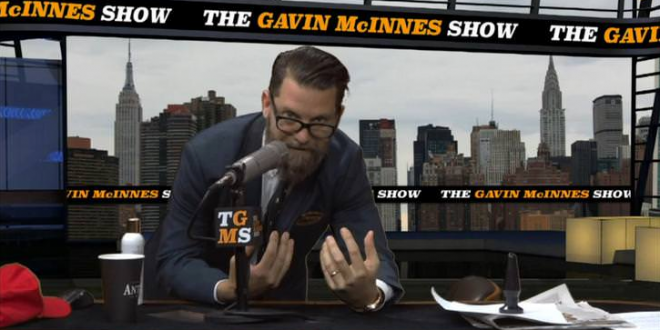 Labor is calling on the Government to deny a visa to Gavin McInnes, the founder of the Proud Boys, who is coming to Australia in November.

McInnes is known for his extreme views and support of violence, saying when he founded the “gang” in 2016: “We will kill you, that is the Proud boys in a nutshell. We will kill you. We look nice, we seem soft, we have ‘boys’ in our name but… we will assassinate you.”

McInnes has also said on his show: “We need more violence from the Trump people, Trump supporters. Choke a motherfucker. Choke a bitch. Choke a tranny. Get your fingers around a windpipe.” McInnes is planning to visit Australia in November.

With a speaking tour including dates in Melbourne, Adelaide, Brisbane, Sydney and Perth, the promoter claimed McInnes “plans to bring his unique blend of comedy and politics to the stage for an unforgettable evening.” Tickets range from $85 to $495.

“Proud Boys is a far-right organisation which admits only men as members and promotes political violence,” Mr Neumann wrote in a letter to Immigration Minister David Coleman today.

“Gavin McInnes has repeatedly and publicly advocated for violence against women and has pledged to ‘assassinate’ his enemies. Both this individual, and the group he represents, were suspended from Twitter in August for violating the social media platform’s policy prohibiting violent extremist groups.

“Given the significant risk Gavin McInnes poses to the Australian community, I am asking you to use your powers under Section 501 of the Migration Act to refuse his access to Australia.”

Australia has on occasion denied entry to right-wing extremists from the US and other countries, so perhaps that will happen again here.

Labor’s @ShayneNeumannMP has written to the government asking that Proud Boys founder Gavin McInnes be barred from the country – as well, a public https://t.co/eNY7NDAh0u petition has launched, asking for the same https://t.co/79SObr7NIE