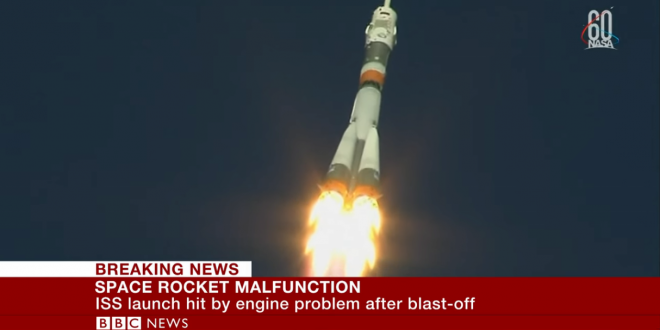 A US astronaut and a Russian cosmonaut were forced to make an emergency landing after their Russian Soyuz rocket malfunctioned en route to the International Space Station (ISS). Shortly after taking off from Baikonur Cosmodrome in Kazakhstan, Nick Hague and Alexey Ovchinin reported a problem with the rocket’s booster.

The men were forced into a “ballistic descent”, with their capsule landing a few hundred miles north of Baikonur. They have been picked up by rescuers.

“The search and recovery teams have reached the Soyuz spacecraft landing site and report that the two crew members… are in good condition and are out of the capsule,” US space agency NASA said.

NASA says two astronauts from the U.S. and Russia have been flown to the city of Dzhezkazgan in Kazakhstan en route to Moscow after an emergency landing following the failure of a booster rocket carrying them to the International Space Station.

They are to be flown to the Baikonur cosmodrome and then on to Star City space training center outside Moscow.

Oleg Orlov, the head of the Institute for Medical and Biological Problems, Russia’s top space medicine research center, said in televised remarks that the astronauts endured six Gs during the sharp ballistic descent. He added that space crew is trained to endure such loads.