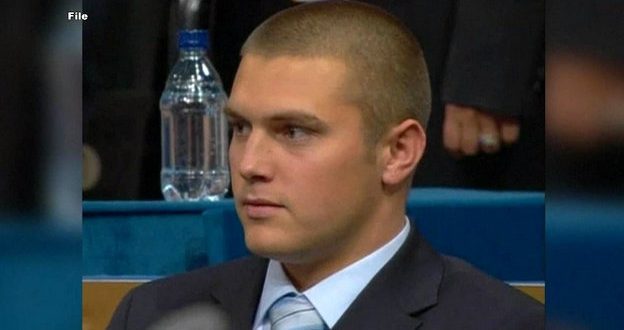 ALASKA: Track Palin To Spend One Year In Custody

The oldest son of former Alaska Gov. Sarah Palin will spend a year in custody after a judge ruled Wednesday that allegations of hitting a woman on the head disqualified him from a therapeutic program for veterans stemming from a separate assault case.

Track Palin, 29, has been accused of three attacks on people close to him over the past few years, the most recent coming last week. Palin, an Army veteran who served one year in Iraq, entered a program intended to rehabilitate veterans after he was arrested in an assault on his father less than a year ago.

Anchorage District Court Judge David Wallace told Track Palin that he violated conditions of a plea agreement in the earlier case and must report to a halfway house at month’s end. The Department of Corrections will determine if he serves time at the halfway house or behind bars.