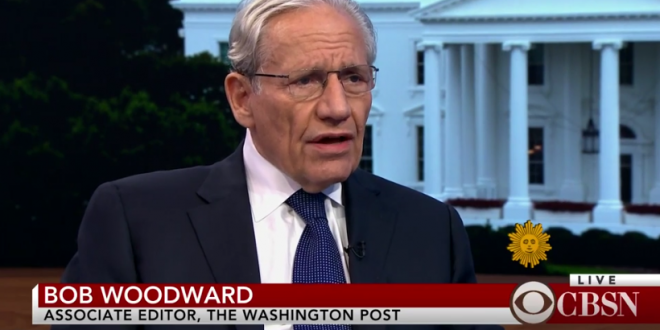 Bob Woodward’s account of a dysfunctional Trump White House has already sold more than 750,000 copies, Simon & Schuster (a division of CBS) said Wednesday, a day after the book arrived in stores.

“Fear” is virtually assured of joining Michael Wolff’s “Fire and Fury” as a million-selling takedown of Trump. The pace of sales, which include print, e-books and an audio edition, is among the fastest in memory for a nonfiction work. In 2004, Bill Clinton’s memoir “My Life” sold more than 1 million copies within eight days.

Simon & Schuster, a New York City-based publisher founded in 1924, added that it ordered a ninth printing of the book on the same day it was released, sending the total number of hardcover copies in print surging past 1.15 million.

“Based on immense pre-publication and ongoing interest, the reading public clearly has an enormous appetite for what we believe, as Woodward says, is ‘a pivot point in history,'” the company’s president, Jonathan Karp, said in the release.