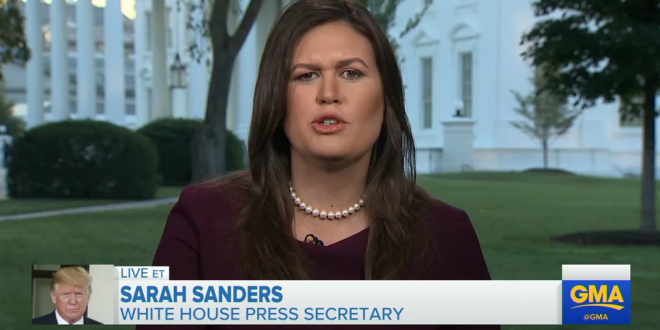 White House Press Secretary Sarah Huckabee Sanders on Thursday encouraged her Twitter followers to call the opinion desk of the New York Times to ask them to identify the “gutless coward” who wrote a scathing editorial about President Donald Trump.

She actually gave the Trump cultists the phone number at the Times. This will not end well.

For those of you asking for the identity of the anonymous coward: pic.twitter.com/RpWYPHa6To