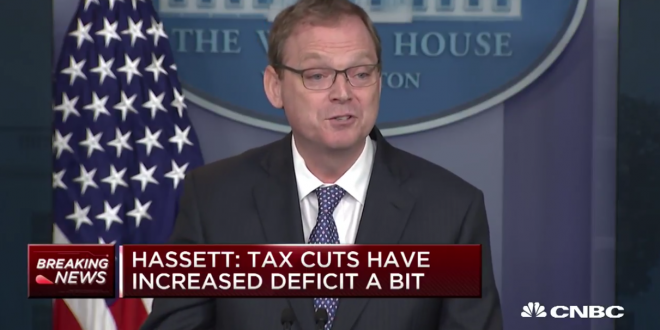 “The history of how errors happen is not something that I can engage in, like from the initial fact to what the president said, I don’t know the whole chain of command. But what is true is that it’s the highest in 10 years, and at some point somebody probably conveyed it to him adding a zero to that, and they shouldn’t have done that.” – White House economic advisor Kevin Hassett, admitting that Trump wildly exaggerated the latest GDP figures.