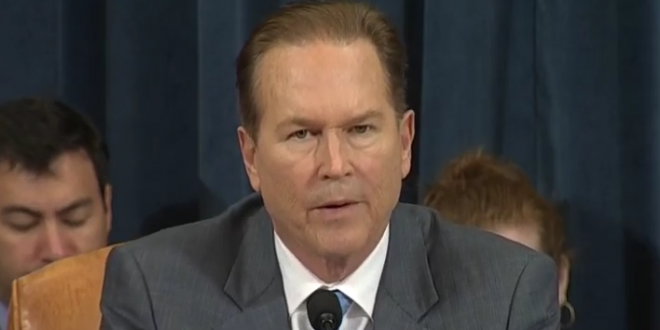 US House Votes To Outlaw Eating Cats And Dogs

Was this really a big problem anywhere? CBS News reports:

The government shuts down at the end of the month, and Democrats and Republicans seem unable to make a deal to keep it open. They are, however, united in trying to stop people from eating pets.

The House passed a bill Wednesday by voice vote banning the slaughter, transportation, sale and possession of dogs and cats for consumption. The “Dog and Cat Meat Trade Prohibition Act of 2018” was sponsored by Republican Rep. Vern Buchanan [photo] and Democratic Rep. Alcee Hastings, both of Florida.

Buchanan wrote in his statement about the bill that 44 states do not have laws banning consumption of cats and dogs, adding that this practice “should be outlawed completely given how beloved these animals are for most Americans.”

The six states that already have such a law are California, Georgia, Hawaii, Michigan, New York, and Virginia.