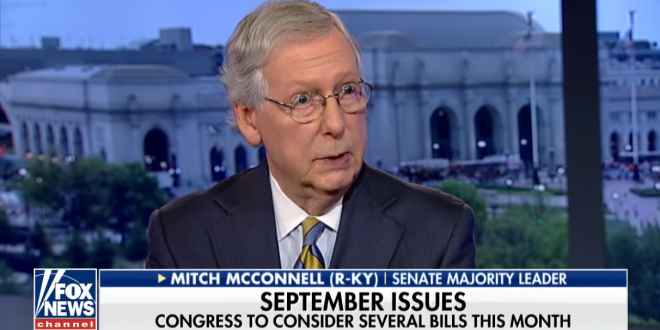 Trump has repeatedly threatened not to sign funding legislation if Congress fails to include enough money for a wall on the border with Mexico. Trump reiterated that threat late on Wednesday.

Responding to a reporter’s question about a possible shutdown, he said: “If it happens, it happens. If it’s about border security, I’m willing to do anything. We have to protect our borders.”

His stance contradicts an interview he gave to the Daily Caller on Tuesday, when he said: “I don’t like the idea of shutdowns.” “I don’t see even myself or anybody else closing down the country right now,” Trump was quoted as saying.

He added that Republicans “are in favor of the wall.” “We still want to get funding for the wall,” he said. “But we think the best time to have that discussion is after the election.”