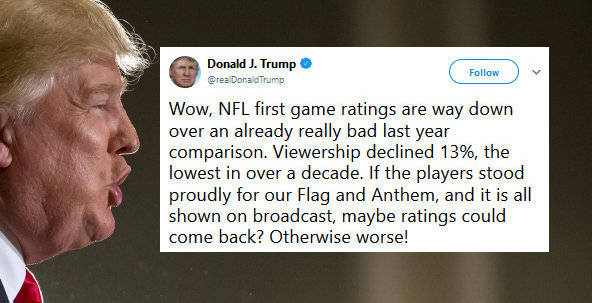 President Trump in a tweet on Sunday knocked the NFL over lower ratings for its first game of the season. Broadcast viewership for the game dropped by 13 percent, according to The Hollywood Reporter.

Wow, NFL first game ratings are way down over an already really bad last year comparison. Viewership declined 13%, the lowest in over a decade. If the players stood proudly for our Flag and Anthem, and it is all shown on broadcast, maybe ratings could come back? Otherwise worse!