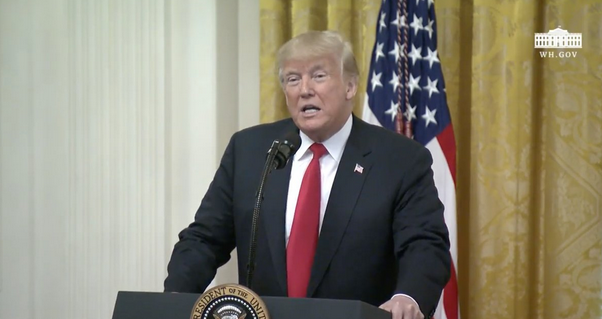 On Friday, President Donald Trump boasted during an event in North Carolina that his golf course in the state was on the “largest man-made lake in the world.”

“I actually have investments in Charlotte,” Trump told those gathered at Central Piedmont Community College’s Harris Conference Center, before going on about how the “fake news” would call this a “conflict of interest.”

“You know where my club is, right?” he continued on. “Trump National. It’s a very big success on Lake Norman. Beautiful. Largest man-made lake in the world by far, right?”

Globally, Lake Kariba along the border of Zambia and Zimbabwe is the world’s biggest based on water storage capacity, Water-Technology.net and WorldAtlas.com report. NASA’s Earth Observatory, however, calls Kariba only one of the largest artificial reservoirs.